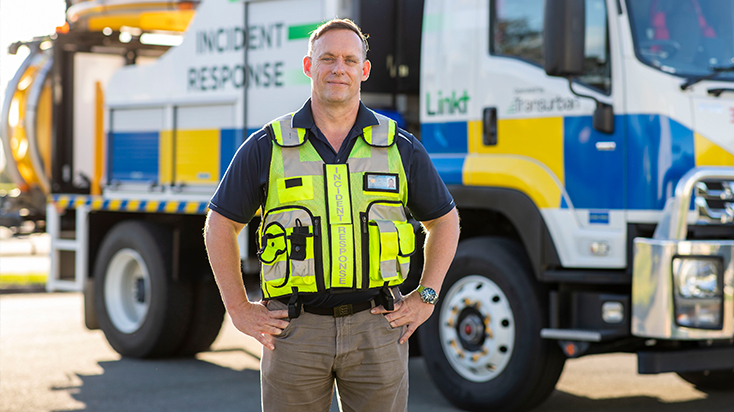 During the recent school holidays, the team attended to a handful of incidents resulting from holiday motorists who were unfamiliar with the roads.

GMS Road Operations Manager Brett Simpson says it’s important for motorists to be prepared to ensure they get to their destination safely.

“Travelling on an unfamiliar road network can be a little bit daunting at times,” Brett says.

“People often rely solely on GPS applications, which can sometimes be outdated.

“You should always plan your journey and allow extra time to account for unforeseen issues. All vehicle occupants should remain aware and pay attention to information signs.”

Brett says taking regular breaks is also important, to avoid driving on a motorway in what he calls “screen saver mode”.

“When travelling along the motorways, the view can become repetitive so it’s critical that drivers remain alert.”

To respond to motorists as quickly as possible who may be involved in an incident, or who are broken down, incident response motorcycles are now servicing the Gateway and Logan Motorways. This is part of an Australian-first trial being delivered by Gateway Motorway Services (GMS) in partnership with Transurban Queensland. 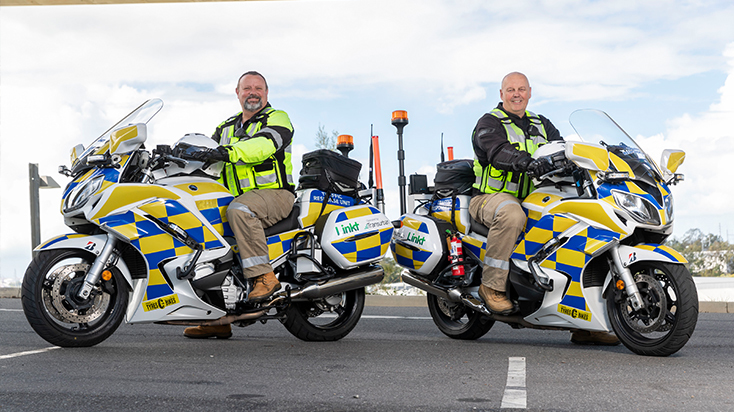 The trial, which will conclude at the end of May, involves the deployment of two motorcycles during peak periods and congestion to provide supportive first contact along 64km of the Logan and Gateway motorways.

The trial has seen improvements in on-scene response times and clearance times compared to standard incident response vehicles. It has also seen improved road user compliance with posted speed limits in and around incident sites.

Motorists are in safe hands with our riders who each have more than 20 years motorcycle experience and have completed a Queensland Police theory workshop and Motorcycle Riding School practical training.

Statistically, modern motorways are seven times safer than arterial roads because they are divided to reduce the chance of a head on collision. All fixed objects, such as signage, are usually located behind a road side barrier reducing the chance of a vehicle striking that fixed object – one of the major causes of serious accidents.

GMS Operations and Maintenance Manager Simon Kirkpatrick notes there is specific etiquette that should be followed when travelling on a motorway.

“Keep a safe distance between yourself and the car in front of you, avoid lanes changes as much as possible, and travel the posted speed limit – including where there are reduced speed limits for roadworks.

Ultimately, Brett and Simon’s key piece of advice is that planning and preparation help ensure not only a safer journey but a more enjoyable road user experience for all.