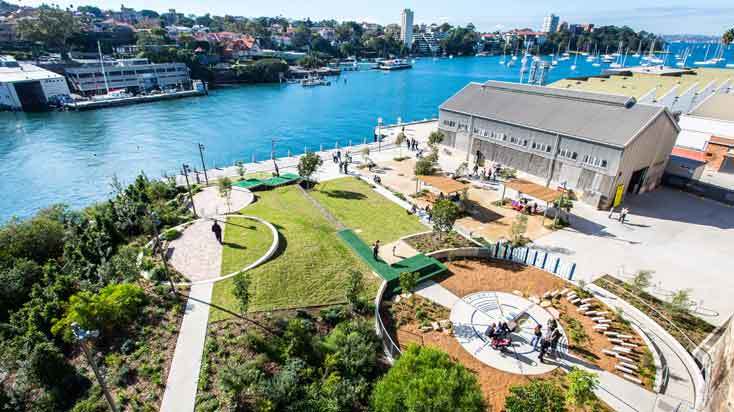 With the completion of the first stage of renewal works at the former HMAS Platypus site in North Sydney, now known as Sub Base Platypus, the site has been opened to the public for the first time in 150 years.

Ventia (previously Thiess Services), remediated the site, which had been home to a gasworks, naval torpedo workshop and most recently a submarine base. The site was contaminated as a result of its former use as a gasworks from the 1870s until the mid-1930s.

In 2005 the site was transferred to the Sydney Harbour Federation Trust, which has been working to rehabilitate the site as a public park, with remnant buildings adapted for suitable new uses.

Our objectives under the project were to:

Under the project, our team excavated and treated a staggering 30,000 tonnes of contaminated waste.

We’re proud to make infrastructure work for our communities and to now see the site safe and open for public use.