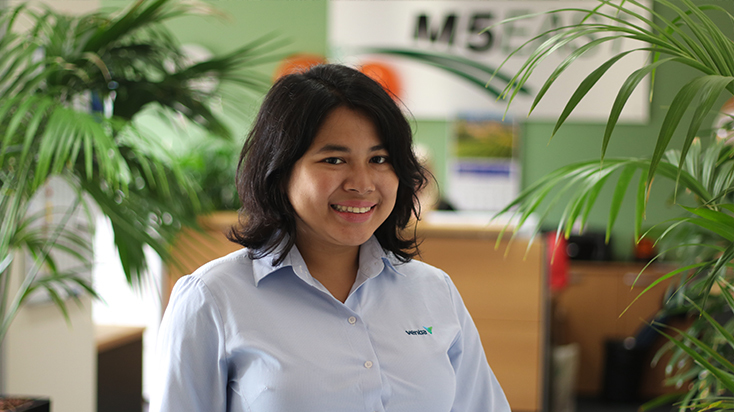 The decision to become a Civil Engineer was not one that occurred overnight for Trudy Taftiana, who joined Ventia after completing her Master of Engineering Science at the University of New South Wales.

“As a child, engineering was not an immediate choice - even though I knew something was different about my thought processes,” said Trudy.

“I liked playing with model trains but not so much the trains…rather the rails.  I was interested in how the rails fit together, how you could align them the different ways you could arrange them before observing how the trains travelled on them.

“I was also obsessed with lego,” said Trudy, a fascination eagerly nurtured by her mother who was always quick to provide a steady supply.

According to Trudy, growing up in Indonesia also had a strong influence on her career: “Parents either want their children to become engineers or doctors - it’s just the environment you grow up in.”

“As a child, my ideas about what I wanted to be changed every day and for a long time I wanted to become the president of my country.”

Yet as Trudy grew older her interest in STEM subjects and engineering as a profession became a real career option: “I still have an interest in politics but maybe one day I will be better suited to becoming the Minister of Transport!”.

Trudy joined Ventia in 2016 and initially worked as a Junior Engineer before being promoted into the role of Asset Transfer Lead where she works on the M5 East contract in Sydney.

Acknowledging that there is no quick “elevator pitch” for the role, Trudy explained that the role requires a lot of data and legal analysis to ensure that all M5 East assets are compliant, optimised, and efficient.

When asked what she liked most about the role Trudy said, “It offers a good combination of field analysis where I can get out of the office combined with data analysis and paperwork. I learn how to manage, plan, and implement well which I enjoy.”

Recently Trudy was invited to present on best practices in ‘Managing Multiple Assets’ at Sydney’s Build Expo, Australia’s largest construction, architecture, and infrastructure exhibition. For Trudy it was the first time she had ever delivered a formal presentation at a conference and though nervous, she embraced the challenge: “Given I was presenting on something quite technical, I aimed to make the complex simple. Although it did take some time to put the presentation together the end result was hopefully something logical and understandable.” 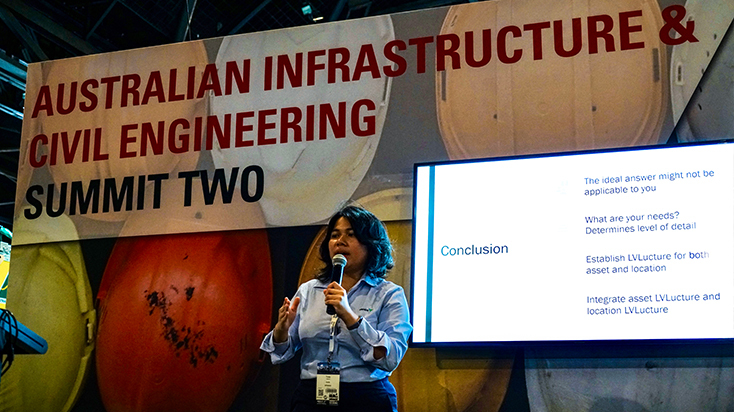 Speaking fondly of her team, Trudy said: “We all work well together. We have different points of view which we each respect and since joining I have grown both professionally and as a person.”

Trudy added that Nadir Hashmi, M5 East’s Operations and Maintenance Manager, has also been her ‘unofficial’ mentor: “Nadir has always been a great guide and often challenges me to figure out something by myself as that’s how we learn; but I know that whenever I get stuck he is always there to help me.”

Offering her advice for future engineers Trudy said: “Don’t be afraid to start something. Take the first step, the first leap, and then great things will come.”