'A gentleman and a scholar' - meet Omair Ali 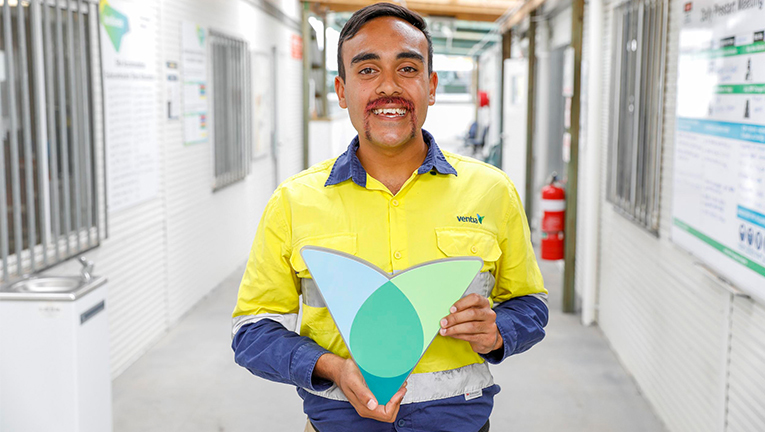 ‘A gentleman and a scholar’ is how our Environmental Services Engineer, Omair Ali, has been described by team mates. Not only is he recognised for his strong professional skills backed by completion of a graduate program, he is valued for his great team spirit and his generous philanthropic activity.

Omair joined Ventia in May 2017 as a Graduate Engineer and was assigned to the Barangaroo Blocks 4&5 Gasworks Remediation Project in Sydney.

Speaking of his journey, Omair says, “When I started at Ventia, the thing that struck me straight away was the team chemistry. At Barangaroo there was a strong bond within the team, and this bond helped everyone when dealing with the complexities and challenges of this big project.”

Omair continued, “The team were highly supportive and helped me to develop and grow professionally and were with me every step of the way.”

“The course was an excellent opportunity to supplement the hands-on experience I was getting on-site, as well as build my leadership skills,” said Omair.

And if working on a major project while studying concurrently was not enough to keep Omair busy, he is a strong advocate and activist for various charities.

“I see fundraising as a duty of mine. With a little effort you can make a big difference. Movember is a great cause to get behind, we need to raise the awareness of issues around men’s health – mental and physical. I find it humbling that the team really got behind me to raise money and awareness.”

Laying down the challenge to his colleagues last year, Omair agreed to let his team dictate (within reason) what he was to do with his mo’ if they raised over $1,000. With the target reached, Omair was thereafter easily spotted on site with his ‘hi vis pink mo’.

His onsite colleagues speak highly of Omair for his engineering skills as well as soft skills’ including managing relationships with colleagues, subcontractors, clients and stakeholders.

“Omair’s a people sort of guy and cares about team morale. He’s come a long way since he started at Barangaroo and thrives on feedback so he continually improves,” said Patrick Finlay, Senior Project Engineer.

When asked about his future, Omair says he is excited to be on Ventia’s large scale sediment remediation project at Kendall Bay, NSW. “It’s a great team out here and I’m excited to be gaining experience working in a marine environment,” he said, “And I’m looking forward to keeping the relationships strong and positive and seeing how the project unfolds.”