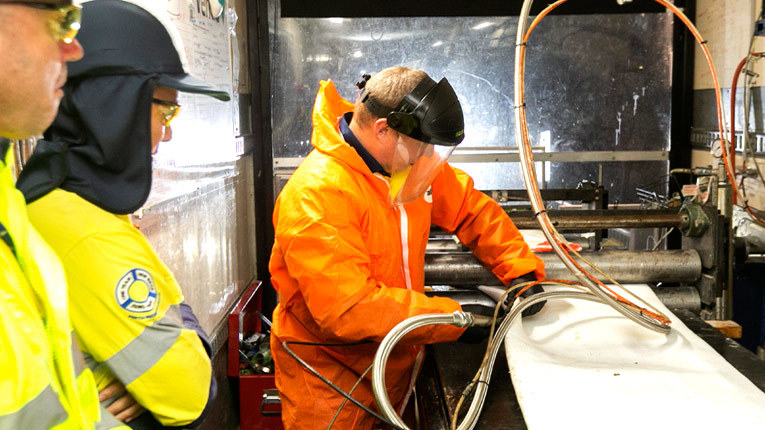 CIPP offers a cost-effective solution to rehabilitate ageing infrastructure with minimal disruption to the community. This trenchless method of pipe rehabilitation also reduces the safety hazards associated with working on and near busy roads and excavation around other underground services such as electricity and gas.

By using this method of work, Ventia safely delivered the Aqua-Pipe installation with no disruption to traffic on the highway and, in line with Ventia’s Critical Risk Protocols.  The risks associated with working around traffic and live services were significantly reduced.

The Aqua-Pipe liner will provide many years of trouble-free service in that part of Water Corporation’s network, with a design life of at least 50 years. In fact, Aqua-Pipe is being used to renew UPVC and HDPE pipes that have not provided the service life expected of them.

The work has been done as part of Ventia and Water Corporation’s involvement in CIPP research. As Australia’s water industry faces the prospect of much of its infrastructure approaching its end of life – known in the industry as “the infrastructure cliff” – a group of 30 industry participants, including Ventia, is involved in research to establish consistent standards and specifications for lining technologies.

The three year, $24m research project is headed by Water Services Association of Australia and funded in part by the Australian Government’s Cooperative Research Centre’s (CRC) Program that supports industry-led collaborations between industry, researchers and the community.

More than 2000 kilometres of Aqua-Pipe has been installed in water pipelines, mostly in Canada and the US. In Australia, Ventia has successfully installed Aqua-Pipe in cast iron and asbestos-cement water pipes from 100 mm to 300 mm in diameter. It can also be used in a range of other pipe materials from 100mm to 600mm.  The use of this technology means the risks associated with disturbing asbestos-cement pipes are greatly reduced.

At Ventia, our vision is to lead the way by harnessing the power of technology, so we are proud to be involved in this research initiative to help Australia become a global leader in smart water infrastructure design, engineering, testing and management.