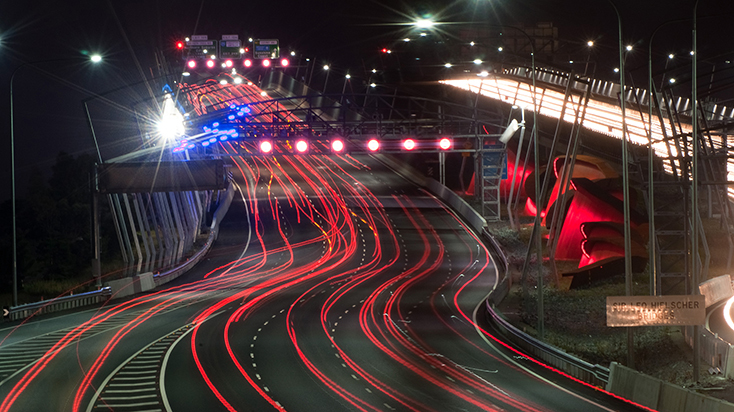 Ventia will again partner with Lendlease for Gateway Motorway Services (GMS) to extend its motorway service excellence to 64kms of some of the busiest arterial motorways in South East Queensland from July 2018.

Transurban Queensland, operator of the go via network, has selected GMS to deliver incident response and maintenance services for the Logan and Gateway Motorways.

Our service delivery solutions will draw on our leadership in the motorway operation and maintenance field, solutions which have contributed to safety outcomes for motorists on the Gateway Motorway.

Ventia’s Executive General Manager Asset and Infrastructure Services Peter Handel said the award of this contract is testament to the GMS team’s capability to deliver valuable and safe services along the Gateway Motorway.

“Transurban Queensland has recognised our team’s efforts to support safe lane availability for road users on the Gateway Motorway and we will now apply that excellence and expertise to the Logan Motorway, along with our incident response service capability,” said Peter.

“The GMS team’s commitment to safety on Transurban Queensland’s roads, as well as respect and care for the communities in which it operates, is a culture we are proud of and we look forward to continuing with that ethos.”

Lendlease’s General Manager, Transport Infrastructure, Eckart Schlotfeldt added: “This award is a great result and is a reflection on how well our Joint Ventures in Queensland have been performing. I’m proud that Transurban Queensland values the consistent level of service delivered by our GMS team.

“We now look forward to continuing our partnership with Ventia, bringing the best-in-class aspects from both businesses to this new agreement and ensuring we continue to lead the way in safety, innovation and delivery.”

This asset becomes the third major transport infrastructure asset being serviced by Ventia/Lendlease in Brisbane and the surrounding area. The other is the Brisbane Motorway Services’ maintenance of Transurban Queensland’s Clem7 tunnel.

The team is already working closely with Transurban Queensland to make sure they transition smoothly prior to contract commencement on 1 July 2018.