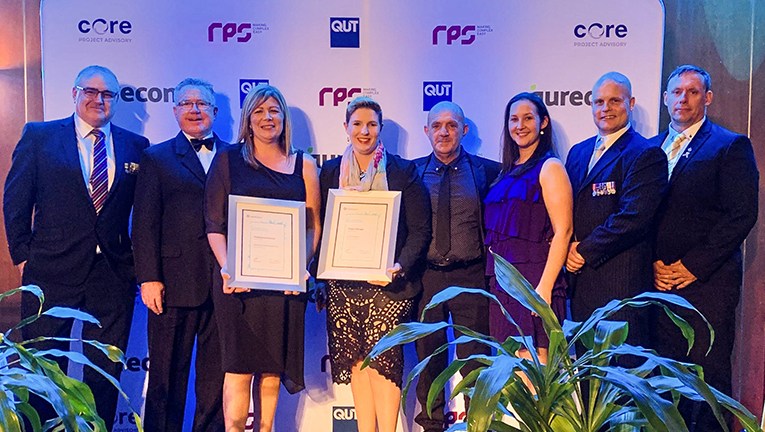 Held annually, the PMAAs, are considered one of the industry’s most prestigious and seek to recognise, honour and promote outstanding achievements in program and project leadership.

The GMS team, who deliver incident response and maintenance services on Queensland’s Logan and Gateway Motorways on behalf of client Transurban Queensland, were nominated as finalists in two separate categories.

To achieve recognition at the state level is great, and to have that work additionally recognised nationally is testament to the hard work and strong culture the team have built.

Simon Kirkpatrick, Ventia’s GMS General Manager, was awarded Project Manager of the Year - one of the night’s highest accolades. 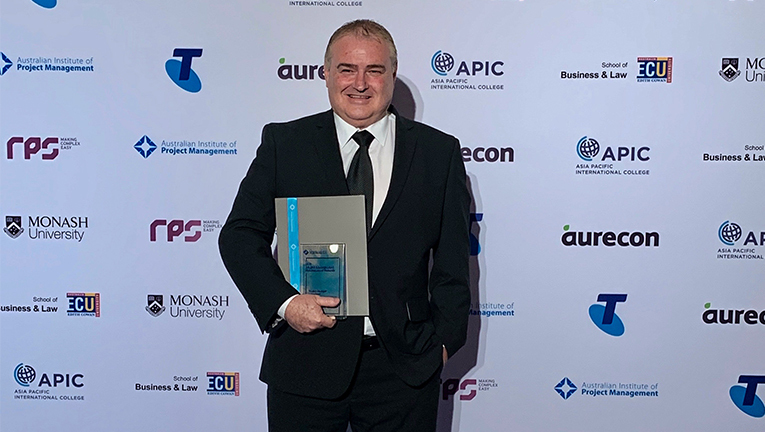 “As a team we work hard to continuously innovate and improve so tonight has been a real honour and a great achievement,” said Simon Kirkpatrick, GMS General Manager, who added “I also want to give a special mention to Luke Carney from Transurban Queensland and the Senior Leadership Team for their collaborative approach to Project Management.”

Following Simon’s win was one for the GMS Motorcycle Response Unit (MTRU) who were awarded the Professional Services Award. The GMS MTRU team represent an Australian-first trial of traffic incident response motorcycles, delivered in partnership with Transurban Queensland, designed to get to motorists sooner and help keep them safe.

Accepting the award on behalf of the MTRU team was GMS Road Operations Manager, Brett Simpson, who stated “We have built a strong, high performing team at GMS, and these rewards reflect that culture.”