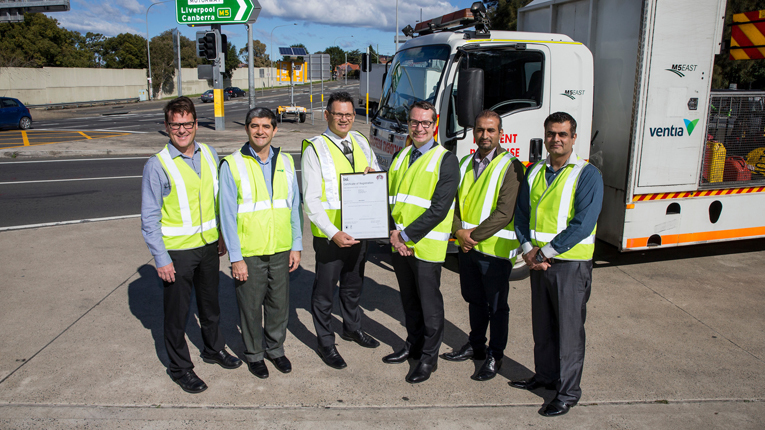 Ventia is one of the first services companies in Australia to achieve certification to the standard.

Ventia manages the M5 East Motorway on behalf of the NSW Government’s Roads and Maritime Services.

Pictured above: the M5 East Motorway team pictured with John Krnel from BSI (third from the right).