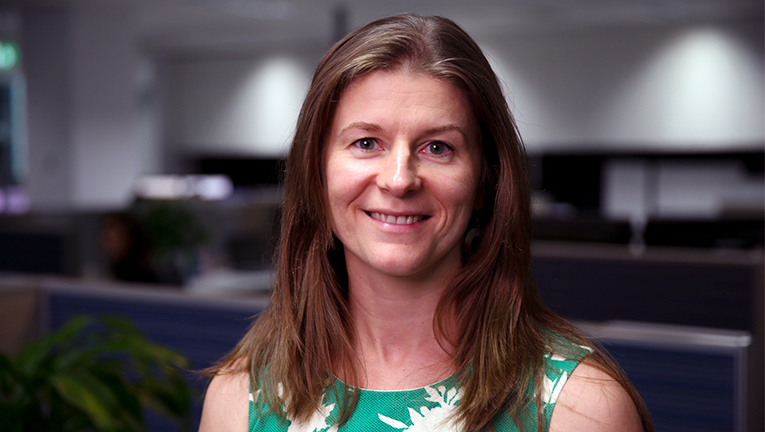 Taking pride in the product she produces and getting out into the business to see the impact of her work is what Finance and Commercial Manager Anastasia Browne is passionate about.

Working as part of a team dispersed across Queensland provides its own challenges, and further drives Anastasia’s desire to get out and about and meet with the people and assets her work impacts.

As part of the leadership team for our Energy Queensland Facilities Management contract, Anastasia is based in their Brisbane office. Staying connected to her team and the wider contract is important to her.

“I like working on projects, as I get to see the impact of my work,” Anastasia says. “Even with a simple task like raising a purchase order I like to know the nature of works it relates to.”

Anastasia started her career in Australia in 2011 on the mobilisation of the M5 East Operation & Maintenance contract in Sydney.

A family move to Brisbane saw Anastasia join the AirportlinkM7 Operation and Maintenance (O&M) contract. A six-week assignment turned into a six-year commitment. During this time, the contract team successfully delivered for the client while navigating the transition of business from Leighton Contractors to Ventia, followed by a change of asset ownership (to Transurban) and demobilisation of the contract in 2018.

Anastasia moved on to the Clem7 O&M contract for a year until its demobilisation in early 2019 when she started her current role.

Anastasia says she’s been lucky to have the opportunity to work on many interesting projects within the contracts she’s been part of. This includes mobilisation and demobilisation, rollout of major corporate finance and HR systems and the establishment of a new company when Ventia formed in 2015.

Throughout it all, Anastasia has developed resilience and an ability to deal well with change. “Ultimately, you focus on the job at hand and on delivering for the client and the general public,” she says.

A key learning Anastasia says she has acquired over the years is that the best laid plans often don’t come to be.

“I used to be a big planner, but I gradually learned that a lot can happen in a few short years, so sometimes it’s important to be flexible and take it one step at a time.”