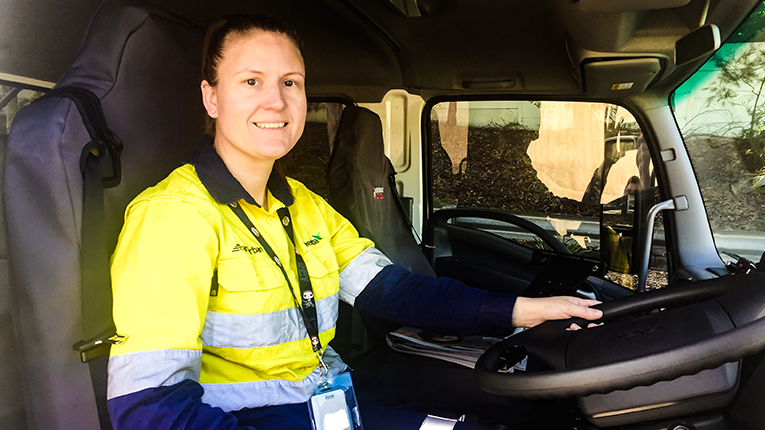 The opportunity to learn on the job, building up your skills and moving into roles you may not otherwise have had the opportunity to apply for, is what Melissa Oltersdorf appreciates most about working for Ventia.

Melissa started working with Ventia after being out of the workforce for several years, focusing on raising her three young kids.

“A friend of mine started pestering me to apply for roles, just to get back out there and into the workforce,” Melissa says.

“One of the roles was on the landscaping team for Ventia’s Lane Cove Tunnel/M2 contract. I got the job, and things have just grown from there.”

Melissa had earned a number of construction industry tickets in a previous role in civil construction, so she was keen to continuing her education and seek out opportunities at Ventia.

That opportunity came about fairly early, with Melissa achieving her ChemCert accreditation whilst on the landscaping team.

When Ventia was awarded additional work with client Transurban, adding incident response and maintenance services from 1 July 2018, Melissa seized the opportunity to again add to her skill set, applying for a role in the incident response team.

Whether she’s sitting in her truck waiting to be called upon to help out a broken-down motorist or tow a car involved in an incident, she says she prefers being out and about rather than sitting at a desk all day.

Flexibility is another benefit that comes with Melissa’s job, which for a mum with young kids is definitely a perk.

“It can be hard to adjust to the night shifts,” Melissa says. “But as you get four days off afterwards, it means I can spend more time with my kids than if I had a regular 9-5 office job.”

So, what’s next for Melissa?

“I really like what I am doing now. But I am keen to upgrade my licence so I can drive the B-Double heavy haulage trucks,” she explains.

“I am definitely happy to stay in incident response for a while. It gives you a really good feeling to help people and have them go from being quite stressed at being stuck on a motorway with traffic rushing past, to being calm and happy with the help you’ve given them.”

With a focus on being courteous and helpful, and maintaining a positive attitude no matter what, Melissa is bound to go far. 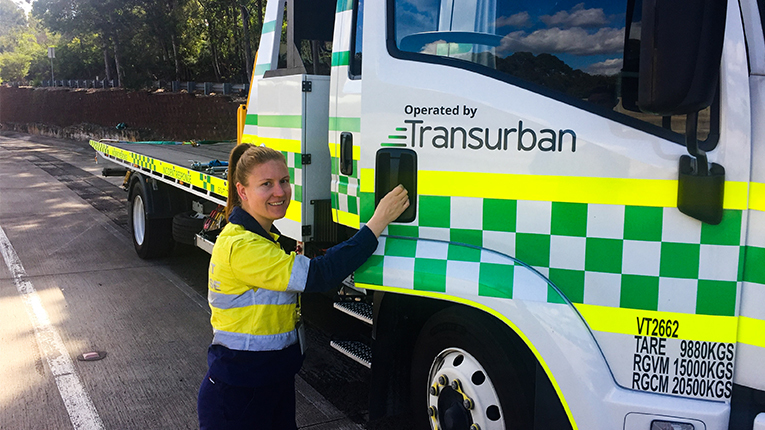