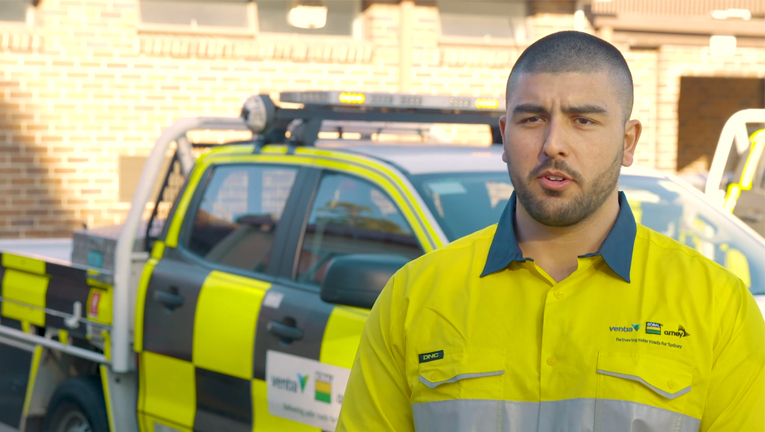 When Nicholas Loizos joined our Ventia Boral Amey (VBA) team in Rockdale Sydney five years ago, he thought he would only be learning his trade as an apprentice industrial painter. Since then, he has moved into a team leader role with the signage crew before landing an asset inspector role two years ago.

Nicholas started with Roads and Maritime Services in 2013 and transferred over to VBA at the commencement of Ventia’s Stewardship Maintenance Contract and remains one of our original employees. He did not expect his job would require him to appear on the news six years later.

Recently, channel 10 ran a story interviewing Nicholas about his job and the work he does to help keep Sydney’s roads moving, including the use of an innovative camera technology known as ‘Black Moth’.

Dubbed the “road angels” our maintenance crews were praised by David Fishburn the director for Sydney Maintenance, Roads and Maritime Services.

Innovations like our ‘Black Moth’ system captures 360-degree footage of our roads and allow our inspectors to identify and log defects into our asset and maintenance system.

We’re proud of our talented people like Nicholas, and the great energy they bring to work every day.