Paving the way for those in need 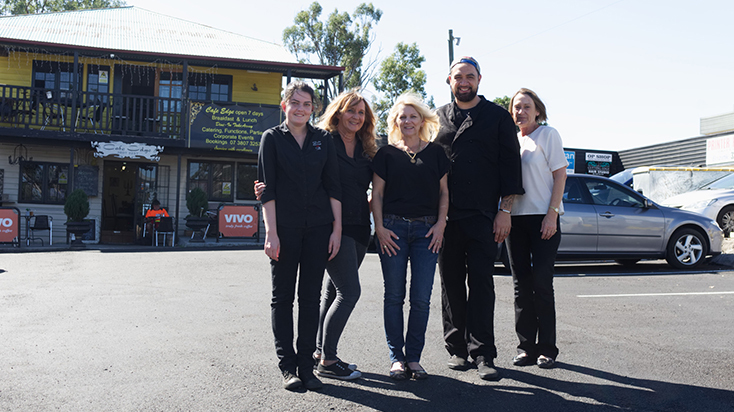 We are committed to giving back to the communities in which we operate. An outstanding example of this happened at the Ventia Boral Amey Joint Venture (VBA JV) in Queensland.

Earlier this year, the team managing the South Coast Road Asset Maintenance Contract delivered pro-bono work to resurface and line-mark the carpark of a local charity and café in Beenleigh, near Brisbane QLD.

The On the Edge café was originally opened to help fund the benevolent activities of the long-running charity of the same name, and the VBA JV is proud to use them as their primary caterer for their meetings and functions since they opened in 2015.

On the Edge has provided programs and services for the homeless and disadvantaged in the local community for more than 15 years in the form of food carts, counselling, anger and relationship courses, youth and senior support, mentoring programs and a wealth of other invaluable initiatives.

So when Nick Franklin, Senior Leading Hand at VBA JV, got wind of the poor state of the carpark from his mother and long-term volunteer at the charity, the idea flourished in his mind.

“I work with roads every day at VBA, so it just made sense to put this in motion.”

The new surface has not only provided a safer entrance and egress for both customers and staff alike, but has rejuvenated it, providing a fresher, more inviting gateway for potential new customers.

“I almost didn’t believe it was going to happen, but here it is and it’s a dream come true!”, said Nikki, co-founder of On the Edge after works wrapped up.