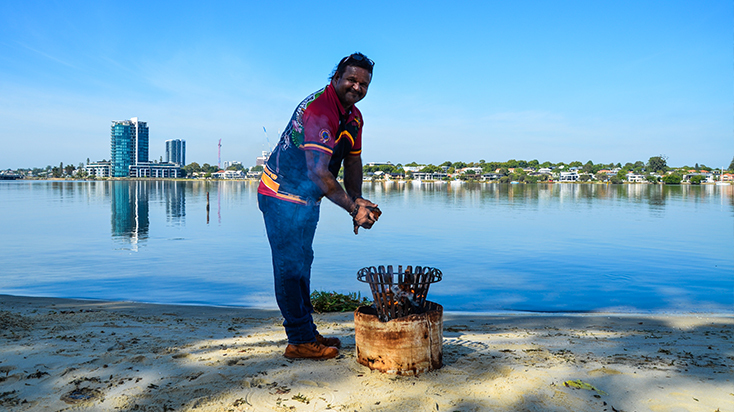 Our team on the SmartWays Alliance, which includes Main Roads, BMD Constructions and Arup, participated in a traditional Aboriginal smoking ceremony recently to mark the commencement of the Smart Freeway – Kwinana Northbound project.

An ancient Aboriginal custom, smoking ceremonies involve the burning of various native plants to produce smoke to ward off bad spirits, acknowledge ancestors and pay respect to the land and sea of country. They are considered a gift from Aboriginal people to cleanse all on the project for a culturally safe environment until completion. They also assist in the retention of Aboriginal staff who work on the project.

The ceremony was conducted on Perth’s Swan River foreshore, adjacent to the freeway, and hosted by Karen and Steven Jacobs from IES Cultural and Heritage.

Staff each took a handful of smoke, waving it over themselves as part of the ceremony. They also took part in a casting of the sand ceremony, introducing themselves and paying respect to the spirit of country. 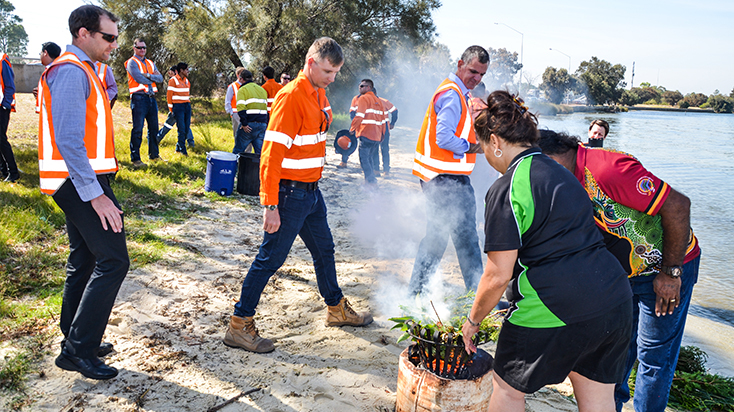 The Smart Freeway project will be the first of its kind in Perth, creating an additional lane from Canning Highway to the Narrows Bridge. Smart technology will be used to open and close traffic lanes in the event of an incident and adjust speed limits to get more traffic through during busy periods.

Indigenous engagement is a key priority for the SmartWays Alliance, as it is for Main Roads, with a project target of $1M spent on Aboriginal contractors and 10% of man hours with Aboriginal employees and trainees. 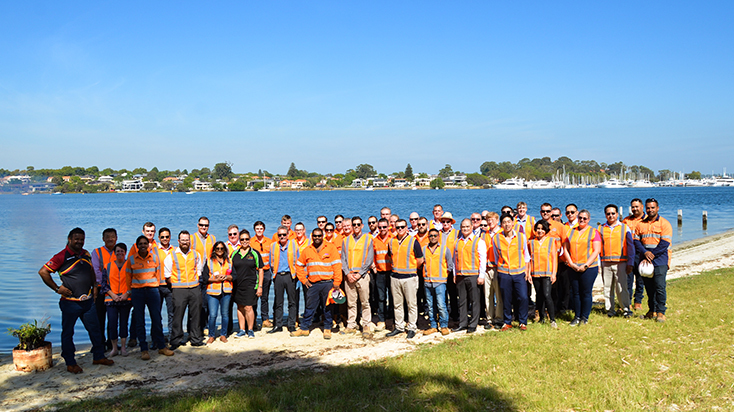