Working with Biosecurity Queensland to protect the banana industry 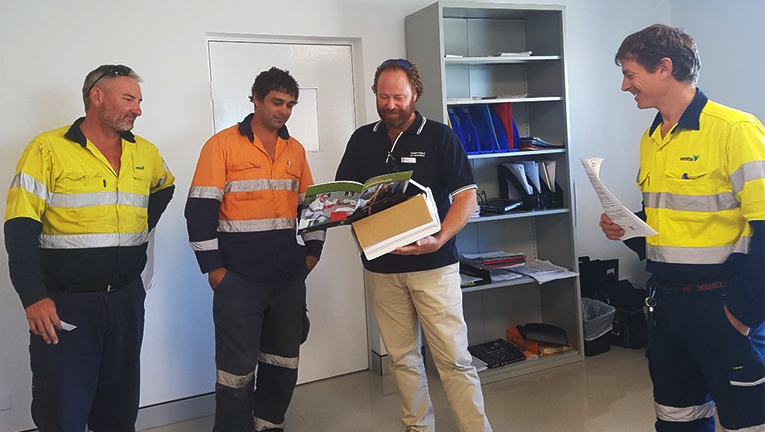 Learning about and understanding the risks associated with a fungus that kills banana plants is all in a day’s work for Ventia’s Transmission and Distribution (T&D) team in Far North Queensland.

After winning a contract for work in the banana-growing region, the T&D team set out to learn from Biosecurity Queensland about this disease that can be easily spread by people and vehicles and negatively impact crops.

Panama TR4 is caused by a fungus that lives in the soil and kills banana plants. It is easily spread by movement of infected banana plants, planting material and contaminated soil and water. People, vehicles, machinery and animals can spread the disease.

Ventia contacted Biosecurity Queensland’s Panama TR4 Program at Moresby, near Innisfail, to see how the workforce could be better prepared before starting work in the region, which is home to a $580 million banana industry.

The Panama TR4 Program delivered an information session to 20 Ventia employees on the disease, the importance of working with growers and following on-farm biosecurity rules, limiting soil movement and the ‘come clean, leave clean’ guidelines.

Panama TR4 Program leader Rhiannon Evans said vigilance was key to minimising the spread of Panama TR4, and Ventia is to be congratulated for being proactive.

“Biosecurity Queensland recognises that assets such as electricity poles and transmission lines need to be maintained and upgraded in order for essential services to be delivered,” Ms Evans said.

“For this to happen, contractors such as Ventia need access to farms, however it’s important that they are well informed about the disease and what they can do to protect the banana industry.

“Everyone has a role to play in supporting our banana industry and preventing any further spread of the disease.”

The Panama TR4 engagement team will continue to work with Ventia to develop their decontamination process as the inspection program begins.