Where engineering can take you 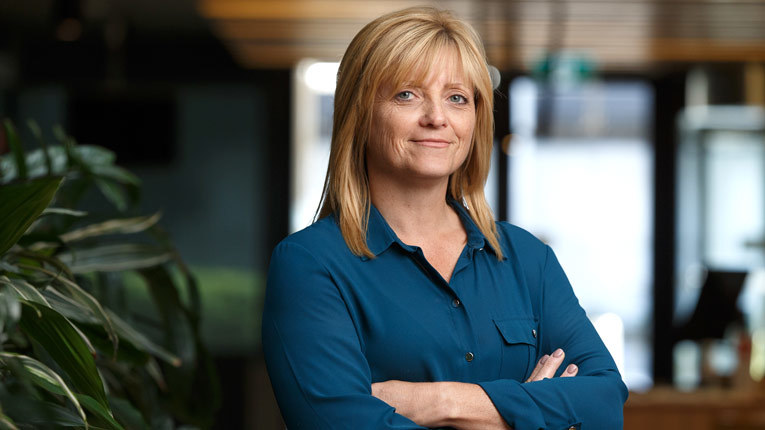 Sitting in a lecture hall on your first day at university, you’re not likely to be thinking yet about where your degree is going to take you.

Even so, the chances of a first-year engineering student imagining a career as diverse as that of Ventia Project Manager Allison Halse would be low!

After completing her apprenticeship with Rolls-Royce in the UK whilst undertaking studies in Mechanical Engineering, Allison’s first role in military jet engine development was a logical first step on a career path in engineering.

From there, however, things took a less expected path.

“I really enjoy the hands-on element of working as an engineer,” Allison says. “But as I progressed through my career, I had many opportunities to do things that were a bit different and challenged me in different ways.”

Allison took the opportunity to expand her options through additional training in Lean manufacturing and business systems through Alcoa, General Electric and United Technologies in the US, along with challenging operational and leadership roles. This ultimately led to her running factories in the UK and Scotland.

Then came a significant change of industry.

“I was able to transfer the Lean principles I’d worked with into service operations and spent a number of years in IT and the telecoms industry,” Allison says.

“I worked for British Telecom, initially leading a team of over 2000 for a new services division; was CIO of the emergency services and phonebook division; undertook a major Customer Experience program; and ultimately managed major delivery programs, which is what brought me to Australia.”

Allison says that whilst many of these roles may not be an obvious part of her career plan, she believes in embracing opportunities when they are presented. They ultimately provided unique and broad experiences that helped open up further opportunities.

“I didn’t anticipate spending such a significant and influential part of my career working in IT/Telecoms having started out as a Mechanical Engineer,” she says.

“But it was my success in managing IT projects that brought me to Australia and has given me many new skills.”

Allison started her career in Australia as the Commercial Manager working on systems integration for a digital hospital in Perth — a challenging project which benefitted from her commercial and leadership direction in challenging circumstances.

“This got me a reputation as a leader who could fix things,” Allison explains.

After a few more leadership roles, including a project for the Department of Defence, Allison joined Ventia as Contract Manager for the Sydney Water contract in October 2017.

Allison said she enjoyed this role during the two years she led the contract team, as it gave her the opportunity to use her process engineering skills, as well as project management, commercial, Lean and general leadership skills.

Diversity of experiences and talent

In early 2019, Allison’s husband was offered a role in Queensland, and a move to the Sunshine State was very appealing for them.

Allison reached out to her network in Ventia, to see what might be available for her on one of our Queensland contracts.

In line with Ventia’s approach to enabling growth opportunities for our talented and engaged people, Allison was offered a role in Ventia’s Telecommunications division, Visionstream.

She has most recently joined Ventia’s Facilities Management team to run a 6-month contract setting up minor capital works project capabilities, systems and processes for schools in the South East Queensland region.

“The idea is that this will become something Ventia can use right across the business,” Allison says.

“I’m passionate about consistency of processes, documentation, systems and so forth, which comes from my work in quality and also the lessons learned through Lean training.”

Ultimately, Allison says that this diversity of experience over her career, and particularly over the last few years at Ventia, has brought her into contact with some very talented people. It has also been important for her to back herself and take roles different aspects of the business that utilise her unique background.

“I’ve made friends at Ventia across all levels of the organisation,” she says.

“But at the end of the day, the varied roles I’ve had and the skills I’ve acquired along the way have led me to be successful in delivering transformational change.  Whether that’s delivering a project, running an operation or re-engineering a function, the only constant is change”.