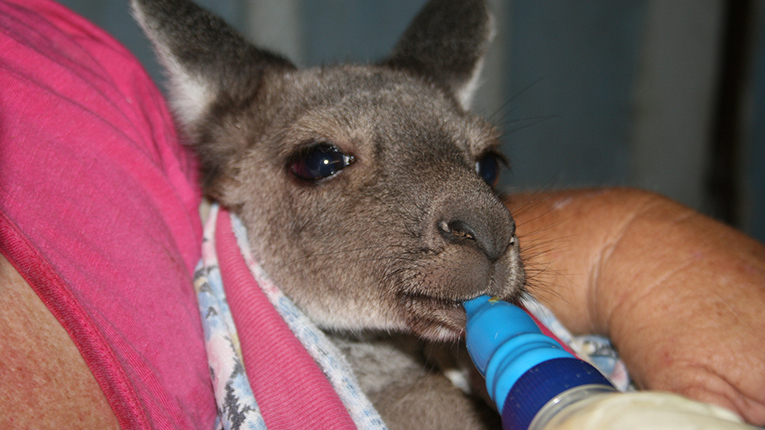 Wildlife emergency packs have been fitted into Main Roads Western Australia vehicles, in a pilot program designed to save injured and orphaned animals in Western Australia’s Wheatbelt region.

Ventia works closely with Main Roads Western Australia as part of an Integrated Service Agreement to deliver improvement and maintenance works across main roads and highways in the Pilbara and Wheatbelt regions.

The wildlife rescue program has been well-received by the Wheatbelt Region team, says Colleen Fulford, Roadside Management Officer, Ventia, who explained that often the team are the first to reach injured and orphaned wildlife, due to the expansive nature of the road network.

“A conversation between the President of the Beverley WA Naturalist Club and myself, led to the formation of the Wildlife Emergency Rescue Team WA. Initially, we discussed the means of assisting injured and orphaned wildlife on the road network, and soon after, emergency rescue packs were developed.

“There was an overwhelmingly positive response to trialling the packs in our vehicles. We’ve now fitted 24 vehicles with emergency packs and have received ongoing training and support from Wildlife Emergency Rescue Team.”

The emergency packs include small blankets, bags or baskets to place the animal in, various sized pouches, heat packs, hand cleaners, instructions, contact numbers and other items which are necessary to assist in a wildlife rescue.

The team have also been issued with wallet cards containing Wildlife Emergency Rescue team member contact details for use on the weekends and after work hours.

Upon finding an injured animal, the roadside team are able to safely retrieve the animal and provide first aid. A trained Wildlife Emergency Rescue team member is called to collect the animal, and to transport it for further care, specialist assistance, rehabilitation and release back into its natural habitat.

“We’ve been contacted from groups around Australia who are looking to implement similar initiatives in their organisations.

“It’s a privilege to take part in this pilot program and we are pleased to know that other regions and organisations are interested in putting these rescue kits into their vehicles and trucks,” said Colleen.

The training was recently put into action, with an injured Joey, now affectionately named Ray. A roadside team member was immediately able to call the Wildlife Emergency Rescue Team for assistance. Ray is now recovering after a few visits to a nearby vet.

Phyllis Facey, Wildlife Emergency Rescue, explained that the group now feel confident that there is a good chance of being rescued for injured and orphaned wildlife on the road network.

Pictured above: Injured Joey, Ray, being nursed back to health by a Wildlife Emergency Rescue Team member.