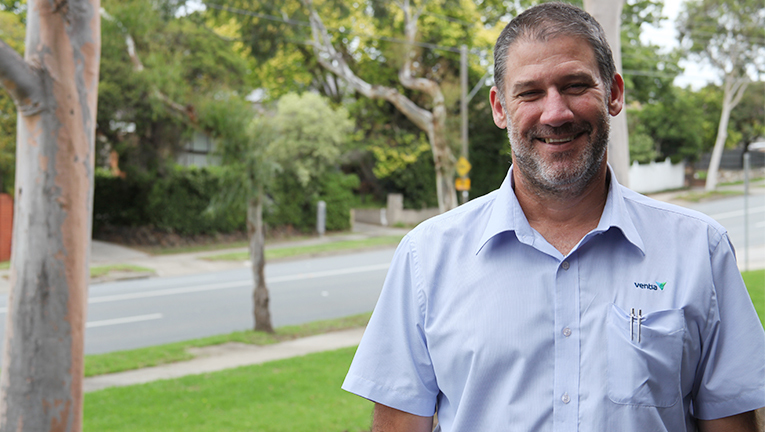 Fourteen years in South Africa’s Navy submarine service is the defining experience “that has made me who I am today,” says Ventia’s Project Director, Peter Ketting, who heads up the Yarra Valley Water contract in Melbourne. “In that environment you are responsible for not only yourself, but your shipmates. Accountability and discipline are crucial for safety and wellbeing of the crew.”

Peter has carried these key tenets throughout his career and applies them to his role today - you might say he ‘runs a tight ship’. With overall accountability for delivery of the contract resting with him, he is well-equipped by his unconventional past for success.

After his stint in the navy, Peter worked for a further fourteen years at the largest shipyard in Africa, at Cape Town. During this time, he progressed from Mechanical Foreman through the ranks to become Shipyard General Manager, and applied himself to further study in project management, senior management development and achieved a Master of Business Administration.

At the shipyard, oil and gas drill ships and oil rigs would dock or dry dock for a five-yearly sea-worthiness survey and service. During this time the ships would undergo upgrades, maintenance and modifications to the tune of US$20-30M over a 60-day period. With up to six ships docked concurrently, Peter was responsible for the smooth operation of the shipyard with 700-1,000 workers on a 24/7 roster.

Married to an Australian, Peter emigrated to Australia in 2016 and started working with Ventia from 2017.

Heading up the Yarra Valley Water contract, Peter immediately started working with his team to improve the analytics and measurement of performance. “Analytics are critical. With almost real-time analytics you can measure productivity, efficiency and utilisation of resources. Once we had daily dashboards, we could take corrective actions for improvement across the contract and its delivery,” he said.

As well as the hard-line analytics, Peter values the softer measures of honesty and integrity in his workforce. “Building a relationship with my own team and with the client means you can approach the contract in a collaborative manner,” he said. “The client has to be able to trust us, and we need to be able to trust them – it’s a two-way relationship, like any good marriage.”

The other key attribute Peter brings from his past is his approach to safety. He explains “My time in submarines and at the shipyard, with so many moving parts – figuratively and literally – has shaped how I view safety. I believe safety comes back to project management principles and the application of systems. Everyone in the team has to understand the safety mechanisms that are in place and their part in the greater system.”

In the case of Ventia, Peter references the Critical Risk Protocols and the role they play in his team’s processes and systems. “The CRPs provide clarity about what is expected of us and our contractors when we are doing our job.”

Summing up his style and the key elements of his success, Peter identifies “accountability, discipline and empowerment”. It would seem his navy days are still defining him on land, but he’s still dealing with water.