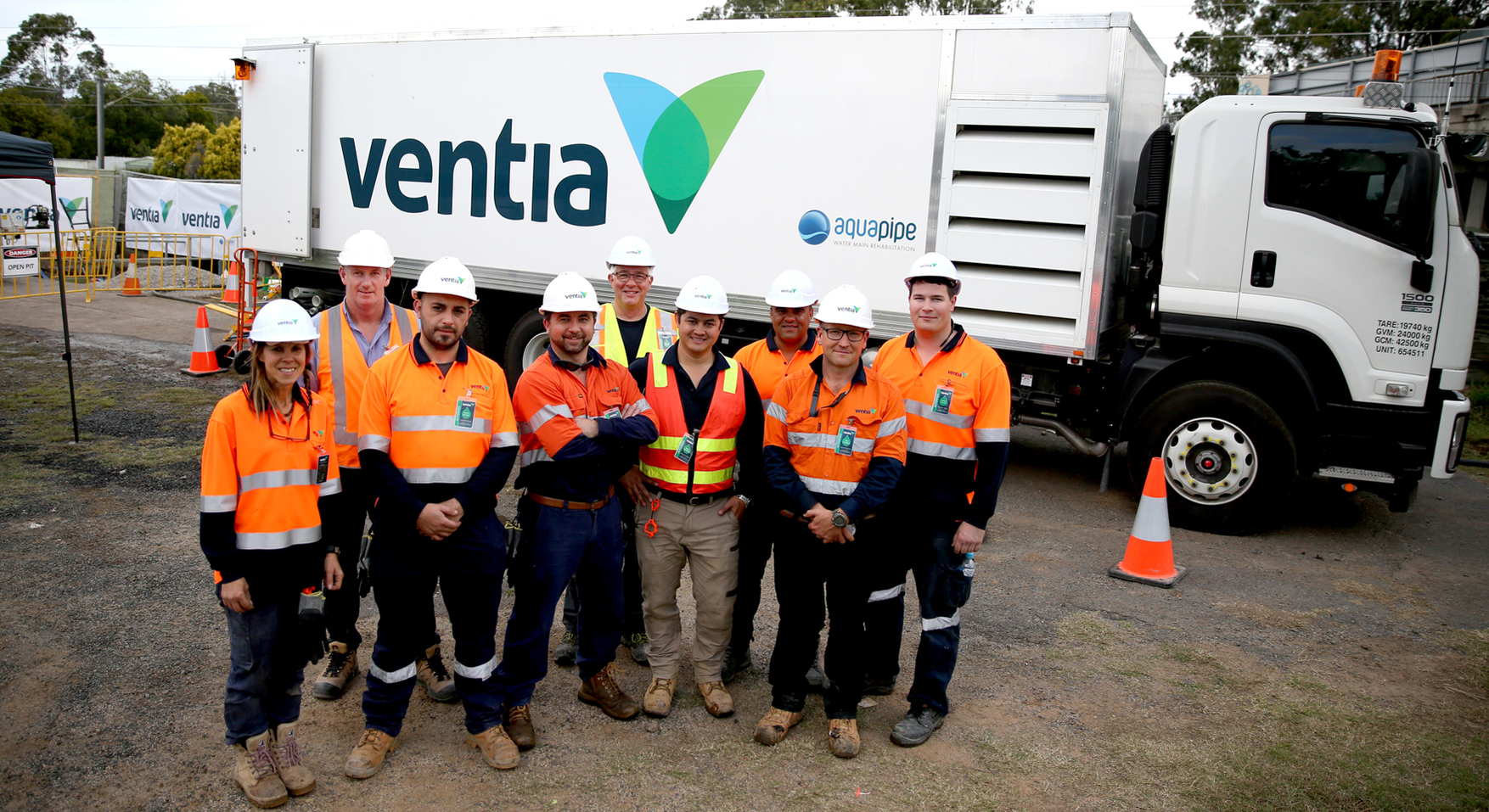 When a damaged 50-year-old water main posed a threat to both drinking-water supply and services to commuter and freight trains in Queensland, Aqua-Pipe® was the ideal solution.

In an Australian first, Ventia successfully installed this structural cured-in-place pipe (CIPP) to rehabilitate a drinking water main for Queensland Urban Utilities, one of the country’s largest water utilities.

Because the pipeline was located under a busy railway line, a low-disruption solution was sought: emergency repairs would be difficult and there were strict guidelines around how any works could be carried out.

Planning for the best solution

Queensland Urban Utilities operates and maintains an 18,000km network of water and sewerage pipes in South East Queensland. A concrete-lined cast iron and mild steel DN300 water main in Brisbane which runs under three railway tracks inside a Queensland Rail easement had failed at one end in 2012.

A condition assessment revealed four 45-degree bends posed a continuing risk of further failures as they were corroded and located outside the concrete-encased section. QUU elected to rehabilitate the pipe to improve the reliability of the supply and minimise the risk of failure.

QUU considered and compared multiple options, including replacing the damaged sections of pipe. The company chose to re-line the main because:

Ventia isolated the existing main in accordance with a shutdown plan issued by the operator. The main was cleaned and inspected using CCTV, confirming the pipe needed to be renewed. Once the pipe was cleaned, the Aqua-Pipe® liner was impregnated with a thermoset resin, then pulled through the host pipe. The liner was then moulded to the shape of the host pipe using a foam pig and cold water under pressure.

With the capability to withstand a short-term burst pressure 2750kPa (400psi), Aqua- Pipe® met the QUU’s pressure testing requirements for a newly installed water main. Once the bacteriological test results showed the pipe had been adequately cleaned  and new thrust blocks were installed, the main was de-isolated and returned to service.

Using Aqua-Pipe® allowed QUU to undertake work within the existing water main without disrupting rail services and renew the pipe with structural integrity from outside the rail corridor.

Watch the video to see how we did it. 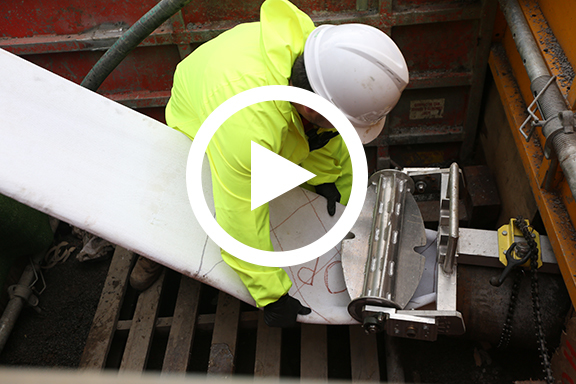 Ventia has the exclusive Australian rights to Aqua-Pipe®, which is developed and manufactured by Sanexen in Canada. 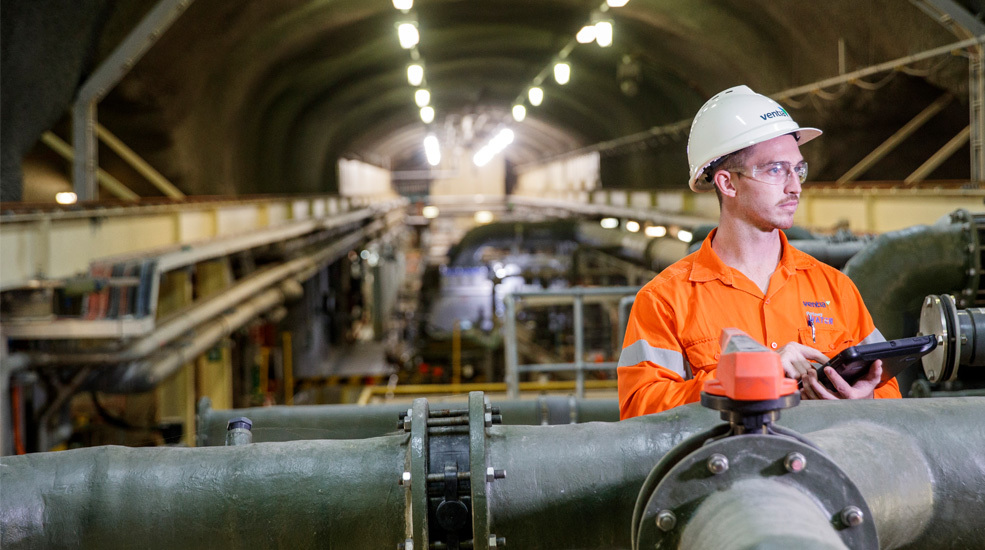